The Secret of Writing a Great Novel 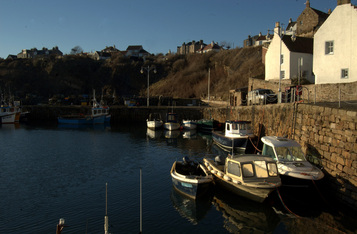 Crail Harbour
I'm writing the next great Scottish novel, yes I am. It'll be out….um!
In the meantime, here in the picturesque East Neuk of Fife, it's down to some writing that hopefully people will enjoy reading and the quest of finding the secret of writing that great movel
The thought that there are a few  people out there reading my articles, short stories and books gives me the writers version of stage fright. 'What makes people want to read'  is a question I ask my two cats every morning - great philosophers both of them. One day I'll receive a reply and it'll knock me sideways. Until then I just have to hope that putting a little humour into my social history magazine articles and books and trying to bring the characters to life in my fiction is enough to keep readers interested and entertained. Maybe not the great Scottish novel yet, but I'm trying. 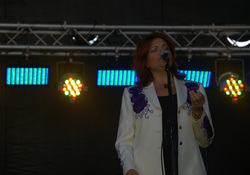 Roseanne Cash
Magazine articles can be just as enlightening as reading a book and so can can writing them. For a long time I've been a great admirer of the Cash singing and songwriting dynasty. It was only when I joined the gang of press photographers and journalists  at 'The Big Tent' festival in Fife that I learned Roseanne Cash is also part of a Scottish dynasty.
The Cash family ancestors hailed from  Strathmigle and there are   streets  still named  after the family. When the audience rose to their feet as Roseanne took  the stage,  it was to give her a right royal homecoming. Read more in 'Magazine Articles' 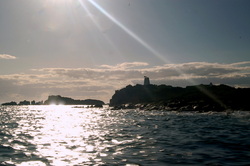 Isle of May
Sometimes you have a great idea but three's just  not enough of it to develop into a novel. That's when the short story comes into its own. 'The Shadows of the Silver Darlings' started off as a story about domestic violence down the ages and grew into a tale of ghostly women all with one thing in common.' 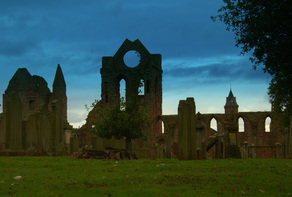 Arbroath Abbey
'Suspicion and Superstition, a dark social history of Scotland's Fife Coast is now available on Amazon and can be ordered through bookshops.
'Scotland's Hidden Harlot's and Heroines' - the women the history books forgot, will be published by 'Pen and Sword' for International Women's Day in March.'
'A Crime novel, set in Stirling during the Summer of Love is still  a work in progress and at the moment one of the characters, a foul mouthed African Grey parrot called 'The Bosun' seems to be taking over with his bawdy sea shanties. If he's not careful, he'll be going back to the Barras where he came from. He's getting in the way of a good murder.